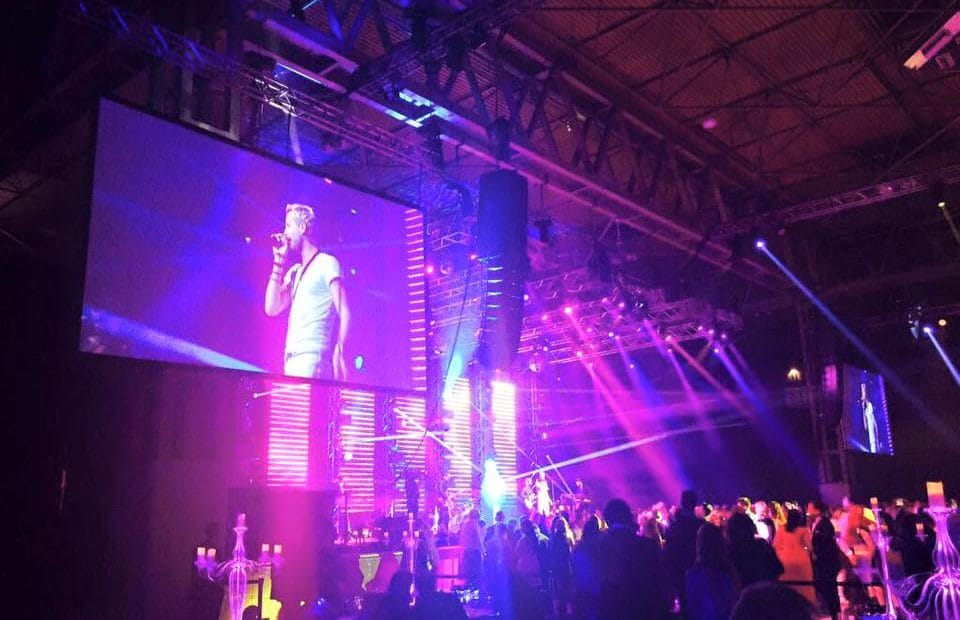 The RPJ Band were hugely flattered to have been asked to play alongside the multi award winning super group The Script.

The gig was at the iconic Birmingham NEC to an audience of over 6000 people, and we were excited to be supporting a band we all love but also whose bass player Ben occasionally plays with us when he’s not touring!

In addition to that, we were to be joined on bass by none other than Jamiroquai bass player Paul Turner, so this was set to be a great gig!

The stage and production on this event was nothing short of epic, we even had a wardrobe lady who dutifully ironed all of our stage shirts… what LUXURY! 🙂

Rick and Danny O’Donoghue from ‘The Script’

We were scheduled to go on after The Script, a pretty large task unto itself, but we had great fun watching Ben and The Script boys play an amazing set packed with big singalong hits!  It is at times like these that we feel very privileged to be doing the job we do!

However we did have a job to do and that was to follow The Script, so on we went, and as always we gave it 110%.

The crowd were immediately into it, and stayed with us for the whole set culminating in a big singalong and chants of ‘one more song, one more song’…but sadly we were out of time and it was the end of an fantastic evening that we will remember for a long time!